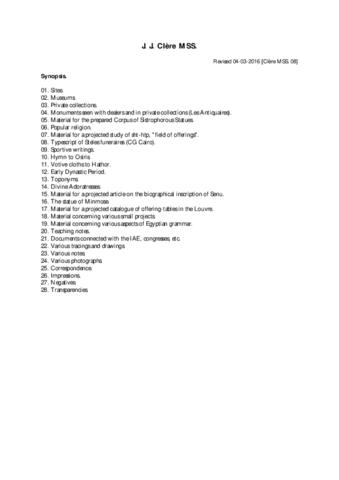 Part of the estate of J. J. Clère.

Donated by his widow, Madame Irène Clère, in 1995.

Originals of MSS. group 04 in the Musée du Louvre (xerox copies in the Griffith Institute archive), together with a small group of miscenalleous notes, correspondence, prints, etc.