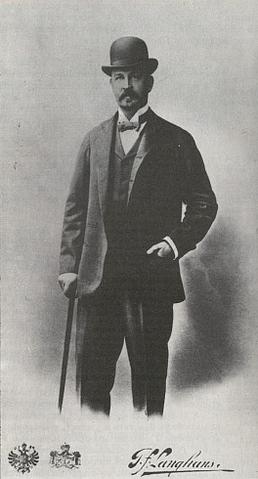 Russian Egyptologist; he was born in St. Petersburg, 30 January 1856, son of Semion Vasilievitch G., a merchant, and Sophia Gavrilovna; he visited Egypt no fewer than 60 times and brought back a rich collection of antiquities which he sold in 1909 to the Moscow Museum thereby much enlarging it; after the Revolution he never returned to Russia, but resided in Nice; he was for some time employed in cataloguing the hieratic papyri in the Cairo Museum; Professor of Egyptology at the University of Cairo 1924-29; he published his first article in 1874, and his first important work in on the Metternich stela, 1877; in cuneiform studies he also published Vingt-quatre tablettes cappadociennes, 1891, in which he made important contributions to the study of these documents; his name is today associated with many important papyri: the literary papryi and the Story of the Shipwrecked Sailor, now in the Hermitage Museum, and the Mathematical Papyrus, the Hymns to the Diadem, the Story of Wenamun, and other texts in Moscow; he published articles and studies on Wenamun, The Teaching of King Merikare, the Prophecy of the Priest Nefer-rehu, etc; his Glossary (the Onomasticon) formed the basis for Gardiner's Anc. Egyptian Onomastica; his main works were, Die Metternich stele in der Originalgrösse zum erstan Male herausgegeben, 1877; Ermitahe Imperial, Inventaire de la collection égyptienne, 1891; Le Conte du Naufragé, 1912; Les Papyrus Hiératiques, no. 1115, 1116A et 1116B de l'Ermitage Impérial..., 1913; he died in Nice, 5 August 1947.

Formerly in the possession of Sir Alan Henderson Gardiner.

Transferred from the Gardiner MSS collection in the Griffith Institute Archive (formerly part of Gardiner MSS 21: "Material used by Miss Porter when preparing Volume I of the Topographical Bibliography").