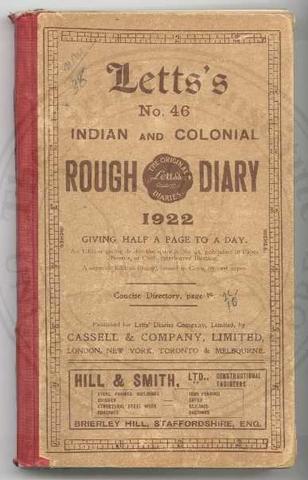 Presented by Miss Phyllis Walker in 1945.