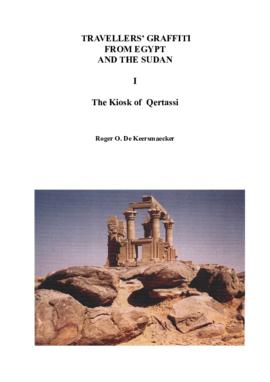 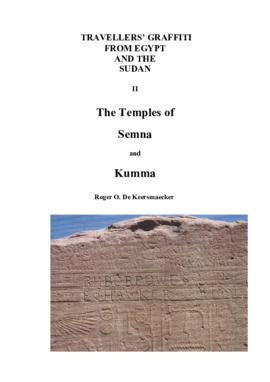 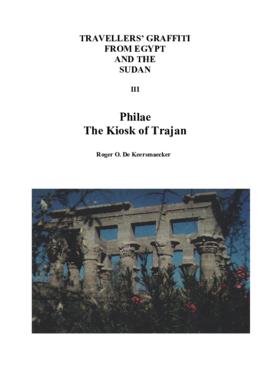 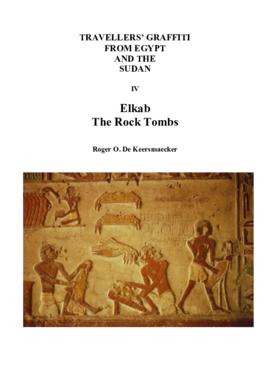 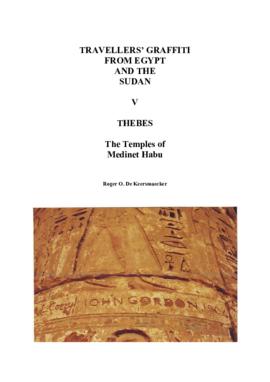 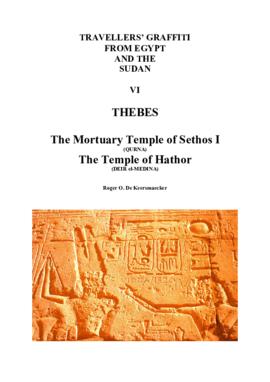 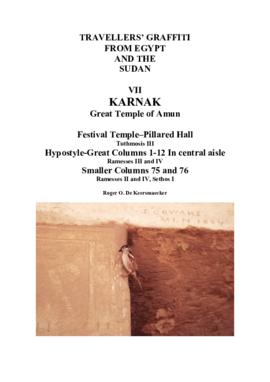 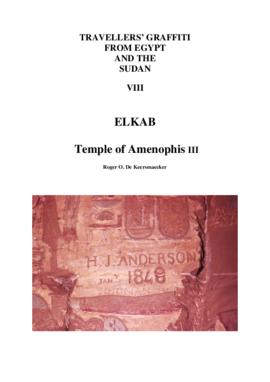 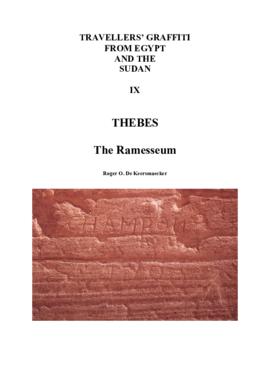 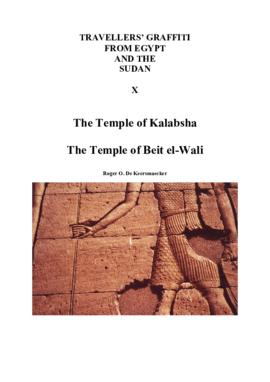 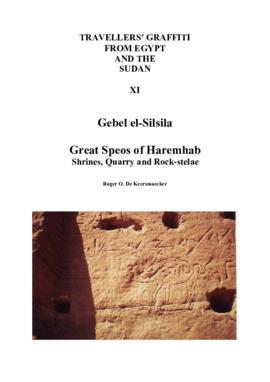 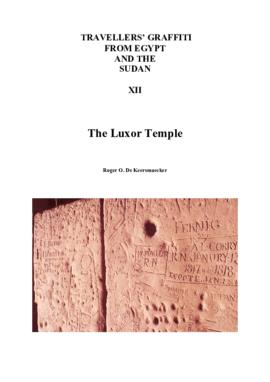 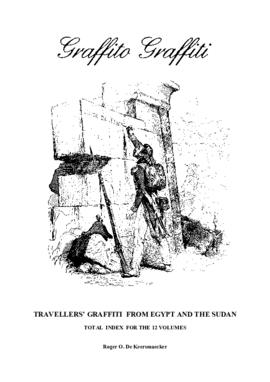 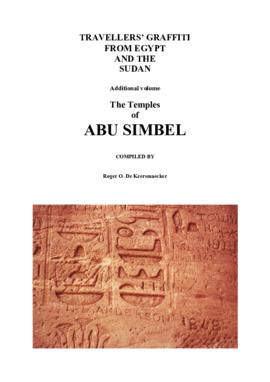 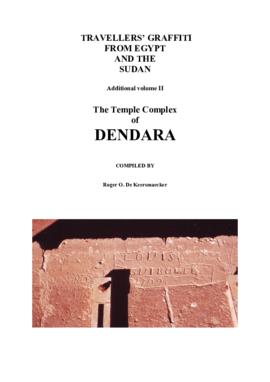 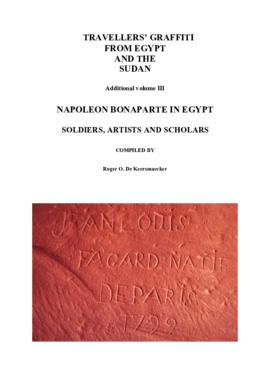 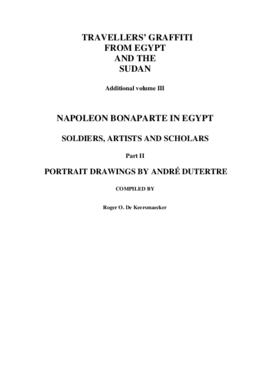 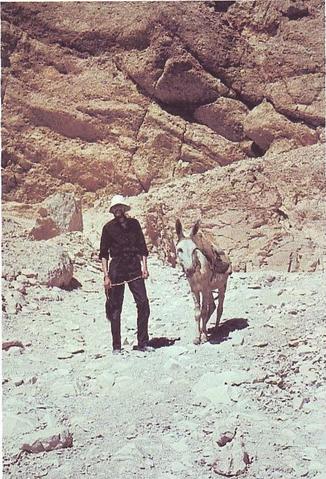 Roger O. De Keersmaecker, born in Leopoldville (Kinshasa), Belgian Congo, 11 September 1931, and died in Wilrijk (Antwerp), Belgium, at midnight 15-16 June 2020. When he was still very young he became interested in Egyptian art, after reading in a popular magazine about the mystery and the curse after the discovery of the tomb of Tutankhamun. For a long time a trip to Egypt was as far away as a trip to the moon. In 1960 he married Helena Beeckman, and both started visiting European Egyptian collections: Brussels, London, Paris, Turin, Leiden, Hannover, Hildesheim. After five years of marriage, in 1965 his long-awaited dream became reality: they both went for a fortnight to Egypt and spent one week in Cairo, another one in Luxor, equipped with three cameras and a lot of film rolls. They made taxi trips to Sakkara, Memphis, Dahshur and Fayum and of course admired the wonderful treasures of Cairo Museum. From Luxor, they went to Dendera, Abydos, Esna and Edfu. In the interior of the pylon of the temple of Edfu, Roger noticed his first graffito of John Gordon 1804. Year after year he went back, only with a year interval caused by the Egyptian/Israelian war. Marie-Paule Vanlathem brought him in contact with H. De Meulenaere, L. Limme, and the late J. Quagebeur. In 1975, during the opening of the great Akhenaten exhibition in Brussels, H. De Meulenaere announced that Roger was selected as a photographer to work for two seasons at the tomb of Padihorresnet in Asasif (Theban necropolis). Later he worked during several seasons with the Belgian archaeological mission at El Kab. Previously, he had already started his research on early travellers graffiti, that took him to Sudan three times. He was a member of the Fondation Egyptologique Reine Elisabeth, Brussels, and of the Association for the Study of Travel in Egypt and the Near East, Cambridge (WWW.ASTENE.ORG.UK), and published several articles in the ASTENE Bulletin. He was the author, printer and the publisher of the "Travellers’ Graffiti from Egypt and the Sudan". Information adapted from: www.egypt-sudan-graffiti.be

Everything formerly in the possession of Roger O. De Keersmaecker.