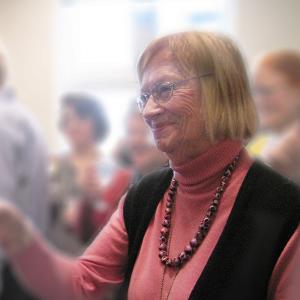 British Egyptologist; she was born in Isleworth, 2 Dec. 1936, daughter of Stanley Constable Mayhew, solicitor's clerk, and Noreen R. Harvey; she studied archaeology in London and Egyptology in Oxford, 1978-82; BA, 1982; DPhil, 1989, Asyut to the End of the Middle Kingdom: A Historical and Cultural Study; she worked in the Griffith Institute on the Topographical Bibliography and in the Archive, 1982-2004 and part-time thereafter, 2005-15; she visited Asyut and studied the tombs in the 1980s; she served on the committee of the EES, 1995-8; she helped to edit Vol. 8 of The Topographical Bibliography of Ancient Egyptian Hieroglyphic Texts etc., 1999-2012 and the collection of studies in honour of Jaromir Malek, Sitting Beside Lepsius, 2009; she died in Bexhill-on-Sea, 11 Feb. 2017.

Formerly in the possession of Dr D. Magee.

-Recent accession, needs sorting, not yet available for consultation.