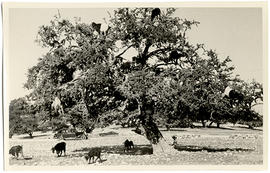 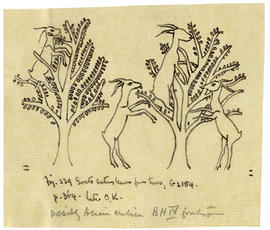 Notebook titled 'Goats and Sheep' contains notes on goat and sheep including on domestication, origin, breeds, distinction between the two, herds, associated cults, Mendes, and Khnum. Also includes tracings, cuttings and drawings of goats and sheep, and a photograph of goats in a tree taken in Morrocco.

This folder was previously in a box labelled, during previous archival processing, 'Flora and Fauna 2'.