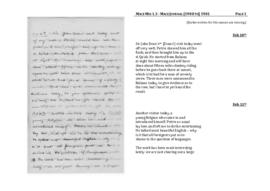 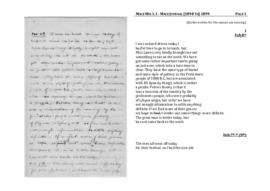 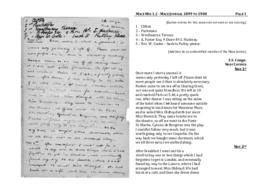 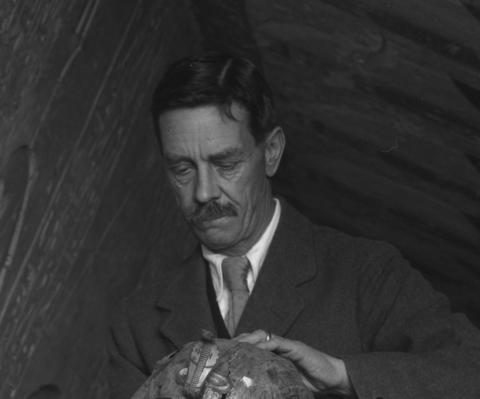 (1) Excavation journals for 1899-1901 (working with W. M. F. Petrie) and 1901-1903 (working with G. A. Reisner).
(2) Personal correspondence exchanged between Mace and his wife Winifred during the Winter season 1922-1923, Winifred Mace and her mother during the Winter season 1923-1924, and other correspondence related to the excavation of the tomb of Tutankhamun.
(3) Two typewritten articles by Mace on work in Tutankhamun's tomb: "DESPATCH No. 5" (3 pages), and "THE CLOSING OF THE TOMB" (incomplete, first page only + newspaper cutting of The Times article); both submitted to The Times and subsequently published on 31/01/1923 and 28/03/1923.
(4) 39 photographs, most are original Burton images, some of which have been annotated by Howard Carter; they may have been used during the preparation of H. Carter and A. C. Mace, The Tomb of Tut.ankh.Amen i (1923).
(5) Newspaper cuttings, most from The Times, published between 1922 and 1925.

(1-5) Property of the Griffith Institute. No restrictions.
(y-z) Tutankhamun account and diary: Property of Mr David Orr and Mrs Alison Crawford. Consultation only.

Copies in the hands of the Orr family.