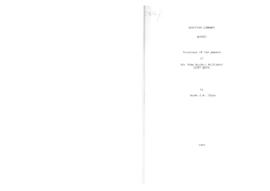 Except for the items mentioned immediately above, the papers of Sir John Gardner Wilkinson are housed in the Weston Library, Department of Special Collections and Western Manuscripts, Bodleian Library, University of Oxford. Please refer to this webpage to download the forms you might have to fill in in order to consult this material: https://www.bodleian.ox.ac.uk/special-collections. To consult the catalogue for the Wilkinson papers held by the Bodleian Library, please see: https://archives.bodleian.ox.ac.uk/repositories/2/resources/3289.