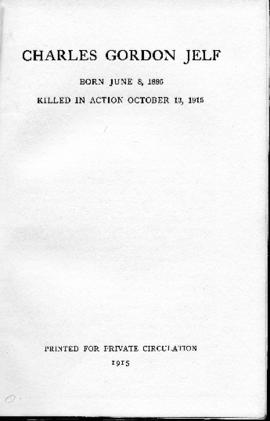 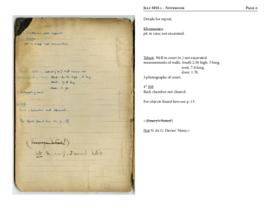 British Egyptologist and journalist. Born, Rochester 1886. Killed in action near Loos (between Vermelles and Hulloch), 1915. Foundation Scholar, Marlborough. Won an open scholarship to Exeter College, Oxford in 1905, completing his BA degree in 1909 with a Second Class in both Moderations and Literae Humaniores. Attached to the Department of Antiquities in Egypt, serving under A. E. P. Weigall for seven months in 1909. Assistant master, Fonthill School, East Grinstead, 1910-11. Assistant correspondent for The Times, based in Berlin, 1911-15. Volunteered at the beginning of World War I, as a commissioned officer he was appointed Second Lieutenant in the 6th Battalion of The Buffs (East Kent Regiment), 1915.

1-2. Property of the Griffith Institute, University of Oxford. No restrictions.