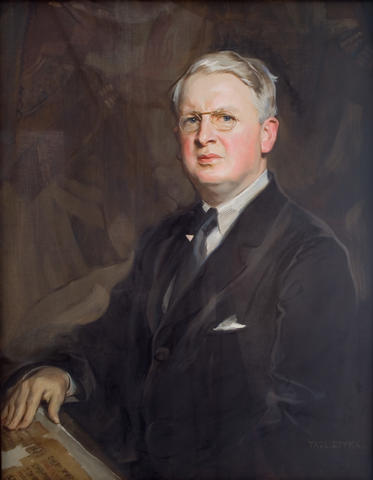 British Egyptologist. Born, Eltham 1879. Died, Oxford 1963. Educated at Charterhouse, then studied Classics, Hebrew and Arabic at The Queen's College, Oxford. Worked with A. Erman on the preparation of material for the <i>Wörterbuch der ägyptischen Sprache</i> and was sub-editor 1906-8. Laycock Studentship, Worcester College, Oxford, 1906-12. Edited many Egyptological publications including the <i>Journal of Egyptian Archaeology</i>. Published extensively in the field of Egyptology. Honorary Secretary of the Egypt Exploration Society, 1917-20, Vice President and then President, 1959-63. Many distinctions during his career. Specialized in hieratic texts on papyri and ostraca. Published the 1st edition of <i>Egyptian Grammar</i> in 1927, which is still one of the essential learning aids for Middle Egyptian. Member of the Tutankhamun excavation team, for which he recorded all the inscriptions from the tomb.

Bequeathed to the Griffith Institute by Sir A. H. Gardiner.
Additional material:

The estate of Sir A. H. Gardiner. Additional material, as stated above in Custodial history.

And other European languages.

These are originals, except where indicated in Gardiner catalogue.