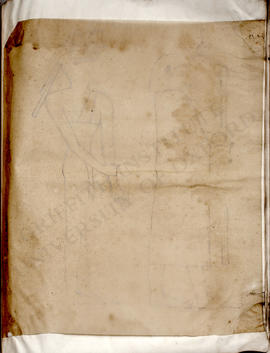 Thebes, Sheikh Abd el-Qurna, tomb of Amenemhet (TT 82), a priest and a priestess

A priest, wearing a long cloak and carrying a staff, and a priestess, from the funeral cortege accompanying the sarcophagus which is being dragged to the tomb, in the tomb of Amenemhet (TT 82), temp. Tuthmosis III, at Sheikh Abd el-Qurna in Thebes:
-pencil tracing
-mounted
-30.5 x 36.9 cm
-[on mount] '2' (pencil note)
-[on verso of tracing] 'No 13.' (pencil)