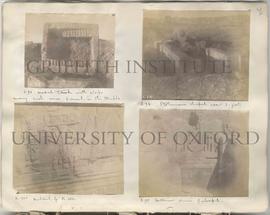 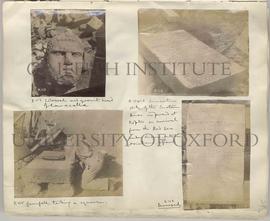 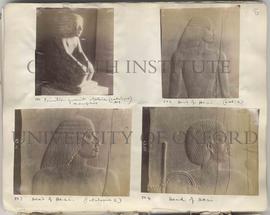 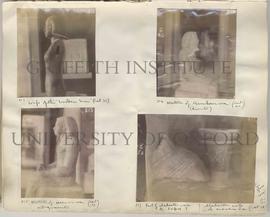 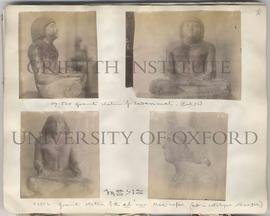 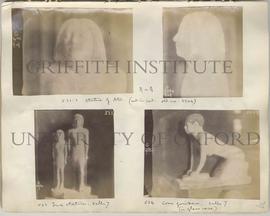 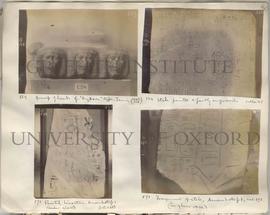 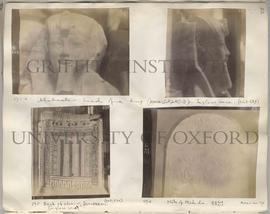 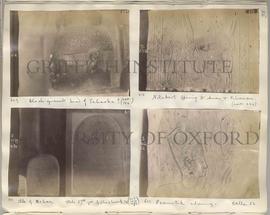 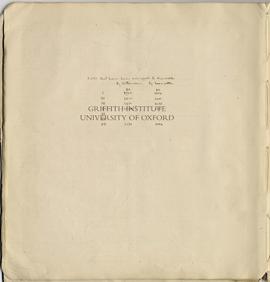 'Dates that have been assigned to dynasties by Wilkinson [and] by Mariette.'. 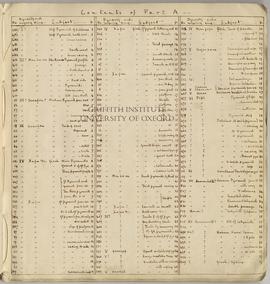 Contents of Part A 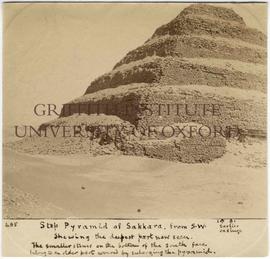 Saqqara (Saqqâra), Step Pyramid of Neterikhet (Djoser).
Caption reads:
'Step pyramid of Sakkara, from S.W.
Shewing the deepest part now seen.
The smaller stones on the bottom of the south face belong to an older part covered by enlarging the pyramid.'

There are also two arrows labelled 1 and 2 pointing to 'earlier casings'. 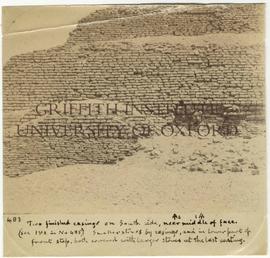 [483] Two finished casings on South side, near middle of face.

Saqqara (Saqqâra). Step Pyramid of Neterikhet (Djoser).
Caption reads:
'Two finished casings on South side, near middle of face.
(see 1 & 2 in No 485) Smaller stones by casings, and in lower part of
front step, both covered with larger stones at the last coating.'

There are also two arrows numbered 1 and 2.

Notes on the Pyramid of Sakkara

Saqqara (Saqqâra). Step Pyramid of Neterikhet (Djoser).
Notes read:
'The Pyramid of Sakkara has been thought to be of the first dynasty by Mariette, but without any proof; its being so much like the pyramid of Medum, and unlike any other, makes it most likely at least to belong to a time before the fourth dynasty.
The finished coats of casing inside the structure are very important, shewing repeated additions; the innermost now visible is almost in the middle of the South face, and shews the pyramid to have been mainly added to on the West and North, and to have been not half the size at first that it is now; yet as the chamber is under the middle, that seems to have been made later than the pyramid.
None of the final casing remains visible, & all the earlier casings are seen in section.' 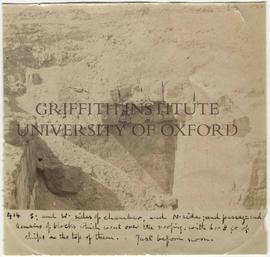 Abu Rawash (Abû Rawâsh). Pyramid of Radjedef (Razedef). Interior.
Caption reads:
'S. and W. sides of chamber, and N. side; and passage end
Remains of blocks which went over the roofing, with 6 or 8 ft of
chips on the top of them. Just before noon.' 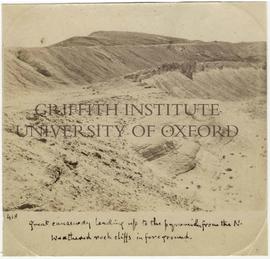 [418] Great causeway leading up to the pyramids from the N. 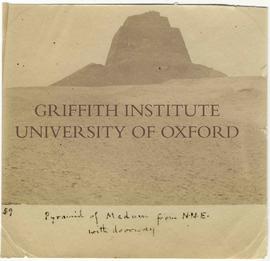 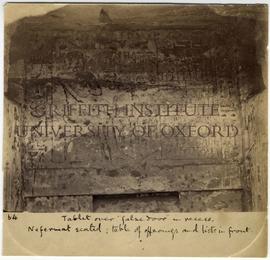 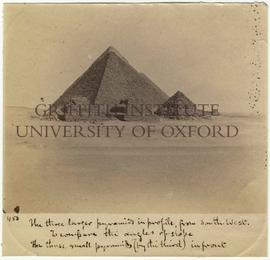 [450] The three larger pyramids in profile, from South West.

Giza (Gîza). Pyramid of Khufu (Cheops).
Caption reads:
'The three larger pyramids in profile, from South West.
To compare the angles of slope
The three small pyramids (by the third) in front' 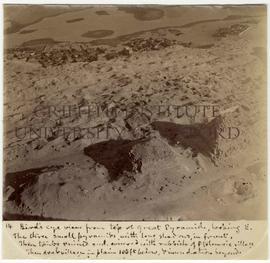 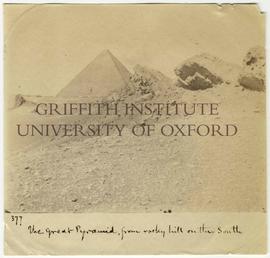 [377] The Great Pyramid, from rocky hill on the South 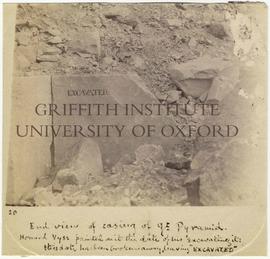 Giza (Gîza). Pyramid of Khufu (Cheops).
Caption reads:
'End view of casing of Gt Pyramid.
Howard Vyse painted on it the date of his 'excavating it;
this date has been broken away, leaving "EXCAVATED"' 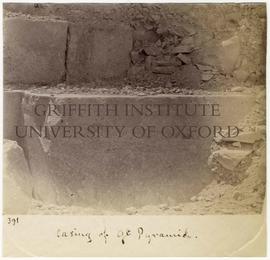 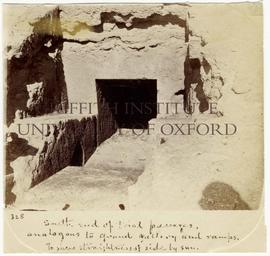 Giza (Gîza). Pyramid of Khufu (Cheops).
Caption reads:
'South end of trial passages,
analogous to Grand Gallery and ramps.
To shew straightness of side by sun.' 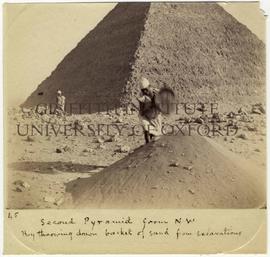 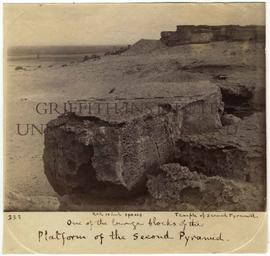 [333] One of the large blocks of the Platform of the Second Pyramid.

Giza (Gîza). Pyramid of Khafra (Khafre; Khephren).
Caption reads:
'One of the large blocks of the Platform of the Second Pyramid.' 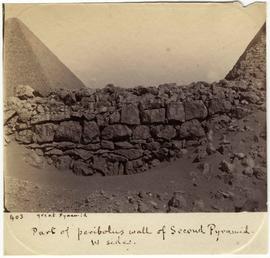 [403] Part of peribolus wall of Second Pyramid. W side. 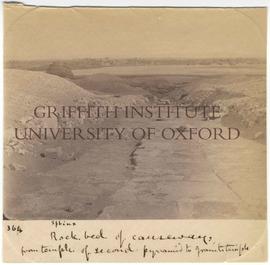 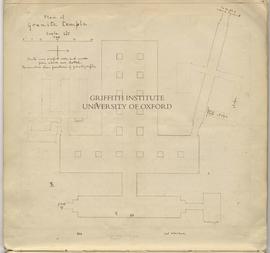