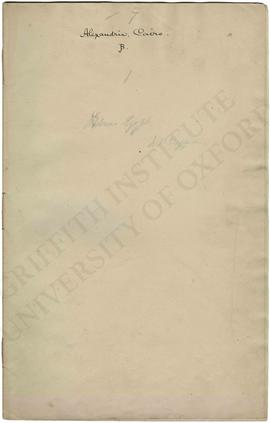 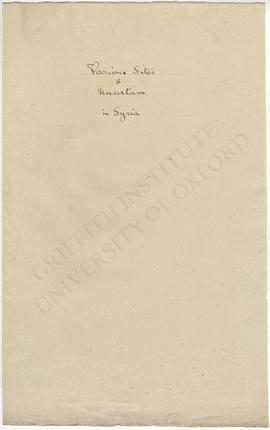 Letter from Carolina Amari referring to the flora of Libya and requesting information on Egyptian flora.