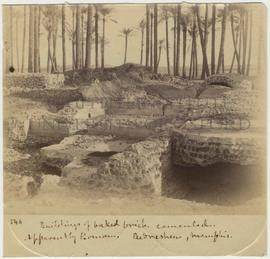 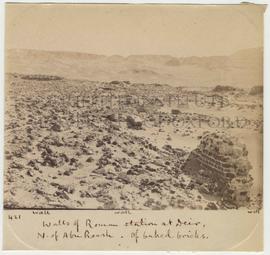 [170] Inside of portico of Dendera. Roman work. 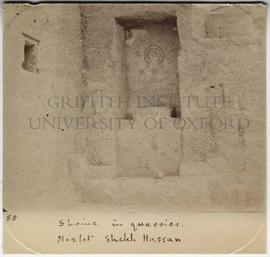 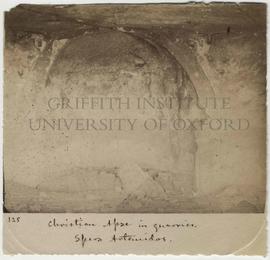 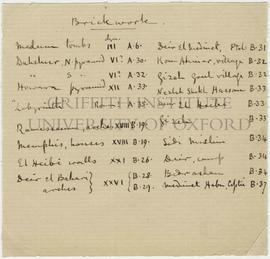 -Loose note with a list of brick-built structures, with names of sites or monuments, date (usually referring to a specific dynasty), and photograph reference number.
'Brickwork'. 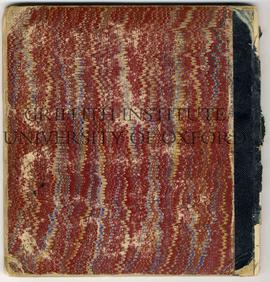 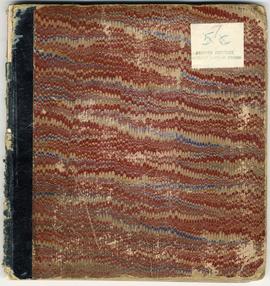 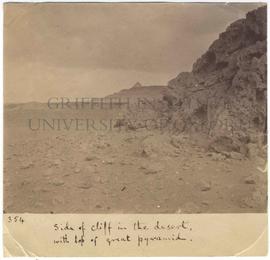 [354] Side of cliff in the desert, with top of great pyramid.

-Desert, with a glimpse at the top of the pyramid of Khufu.
-TopBib iii2.13.
-Caption:
'Side of cliff in the desert
with top of great pyramid.'. 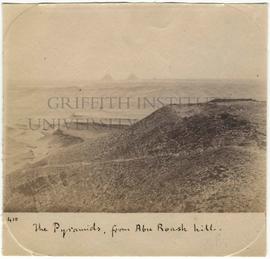 -The pyramids of Giza from Abu Rawash.
-TopBib iii2.11.
-Caption:
'The Pyramids, from Abu Roash hill.'. 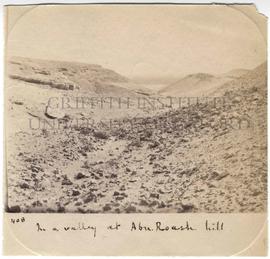 -Wadi at Abu Rawash.
-Caption:
'In a valley at Abu Roash hill.'. 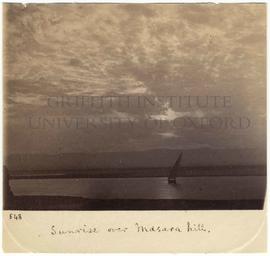 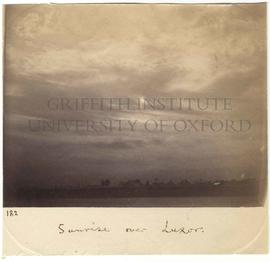 -Landscape of the Nile Valley around Luxor in the morning.
-Caption:
'Sunrise over Luxor.'. 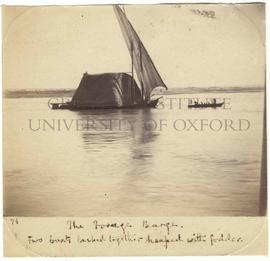 -Two boats on the Nile: a forage barge and a small bark.
-Caption reads:
'The Forage Barge.
Two boats lashed together heaped with fodder.' 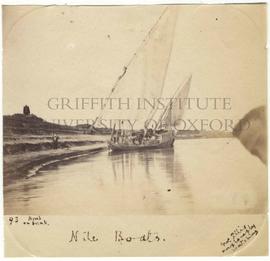 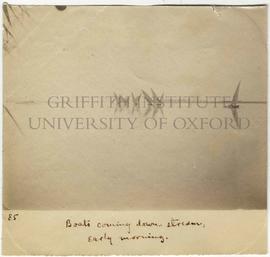 -Feluccas on the Nile in the morning.
-Caption reads:
'Boats coming down stream,
early morning.'.
Same caption is repeated on original album under photograph. 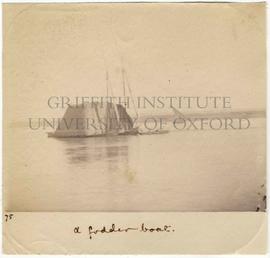 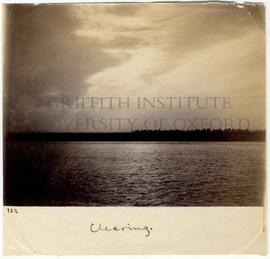 -The Nile with a glimpse at the valley (photograph taken from a boat).
-Caption:
'Clearing.'. 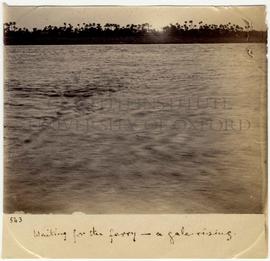 -View of the Nile under windy conditions, with the river bank on the background.
-Caption:
'Waiting for the ferry - a gale rising.'. 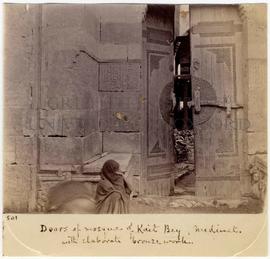 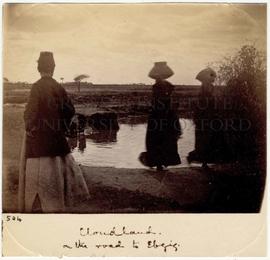 -Scene of daily life (women caring jars, while man watching) near Abgig, in the Faiyum.
-Caption:
'Cloudland.
on the road to Ebgig.'. 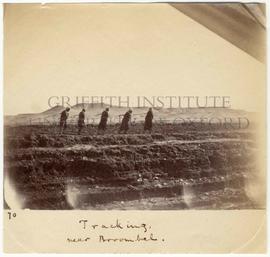 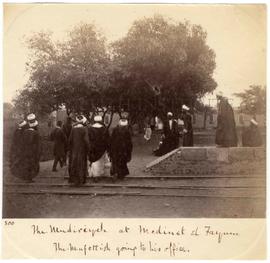 [500] The Mudiriyeh at Medinet el Fayum

-The directorate ('mudiriya') at Medinet el-Faiyum: an official ('mufattish') going back to his office and surrounding by various people.
-Caption:
'The Mudiriyeh at Medinet el Fayum
The Mufettish going to his office.' 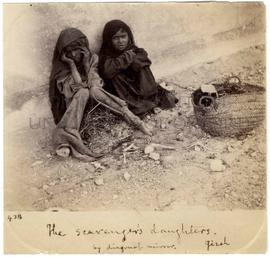 -Scene of daily life (daughters of a scavenger) in Giza.
-Caption:
'The scavenger's daughters.
by diagonal mirror. Gizeh'. 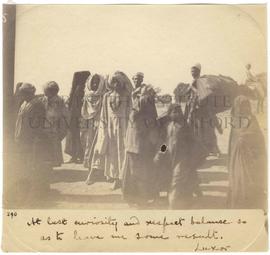 [290] At last curiosity and respect balance so as to leave me some result. Luxor

-Successful attempt at photographing the locals.
-Caption:
'At last curiosity and respect balance so as to leave me some result. Luxor'. 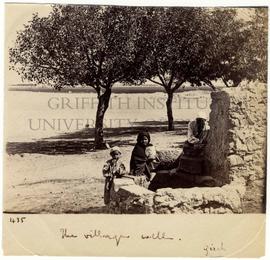 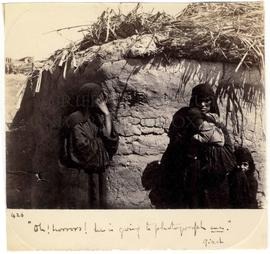 -Scene of daily life: women in Giza.
-Caption:
'"Oh! horrors! he is going to photograph me." Gizeh'. 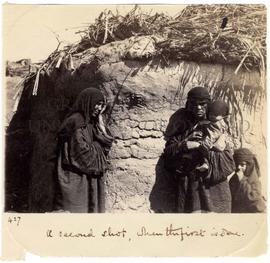 -Scene of daily life: women at Giza.
-Caption:
'A second shot, when the first is done.'.