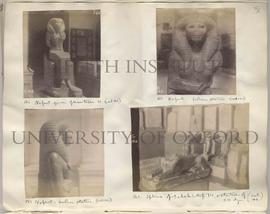 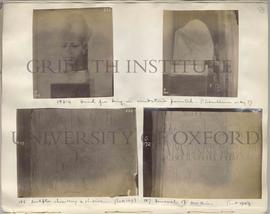 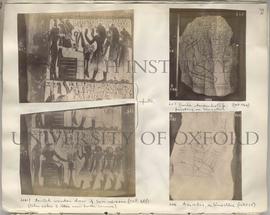 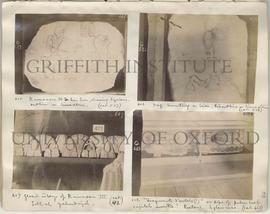 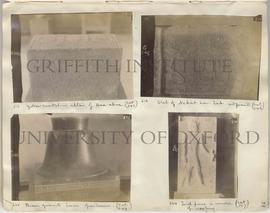 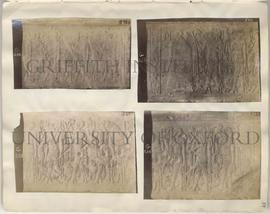 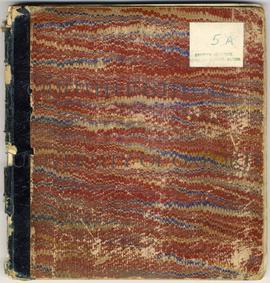 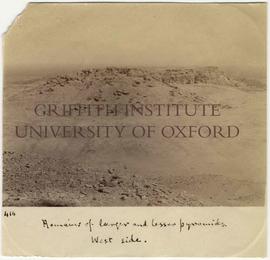 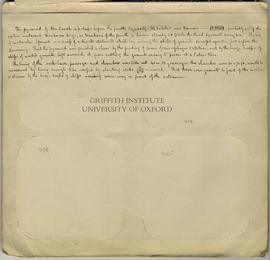 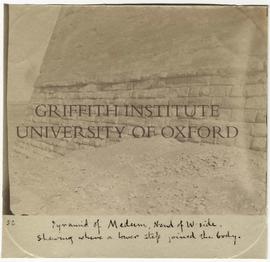 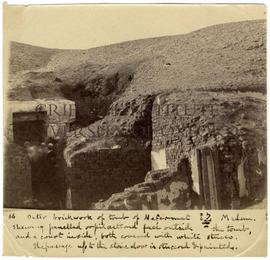 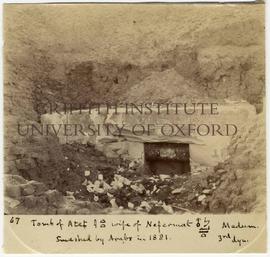 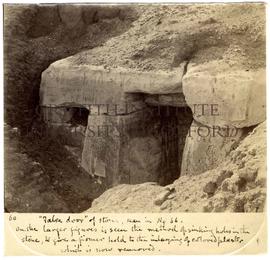 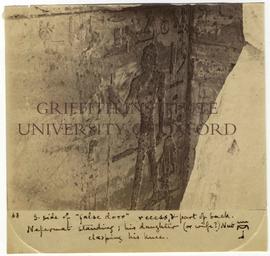 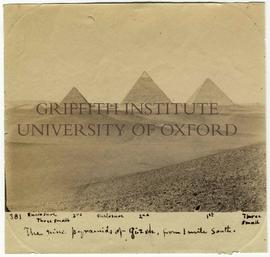 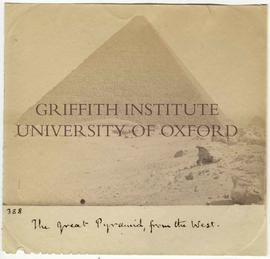 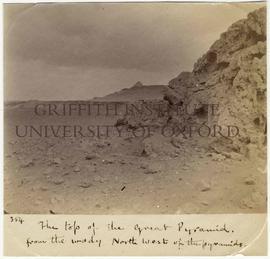 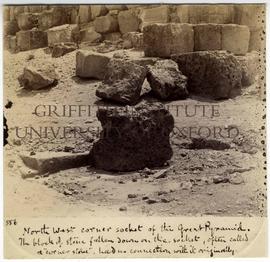 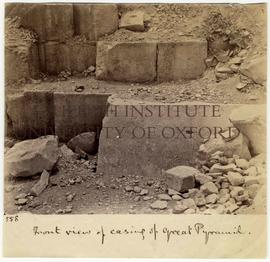 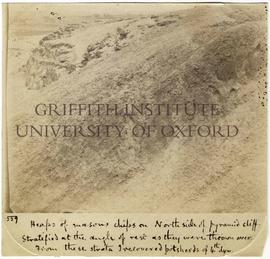 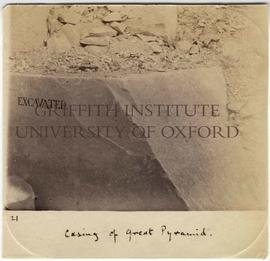 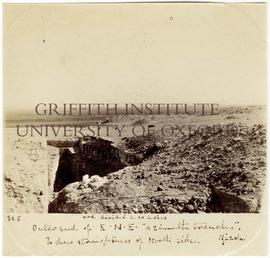 The rod is also labelled 'rod divided in 10 inches'. 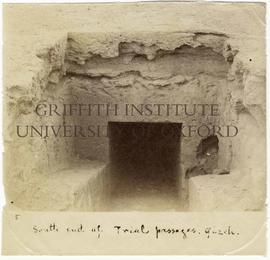 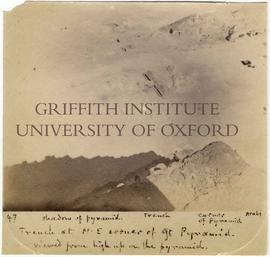 Giza (Gîza). Pyramid of Khufu (Cheops).
Caption reads:
'Trench at N.E. corner of Gt Pyramid.
viewed from high up on the pyramid.'

The following are also labelled: 'shadow of pyramid', 'Trench', 'corner of Pyramid', and 'Arabs'. 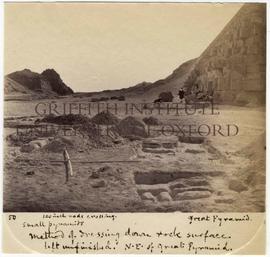 [50] Method of dressing down rock surface. 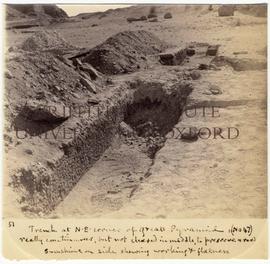 Giza (Gîza). Pyramid of Khufu (Cheops).
Caption reads:
'Trench at N.E. corner of Great Pyramid = (No 47)
really continuous, but not cleared in middle, to preserve a road
Sunshine on side shewing working & flatness.' 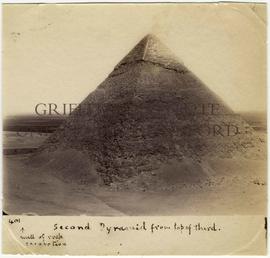 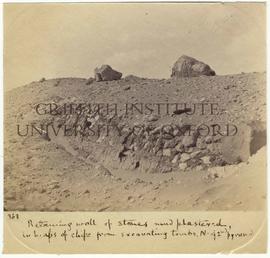