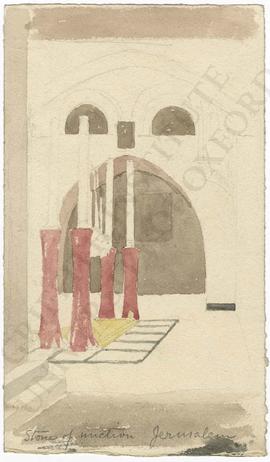 Israel. Jerusalem. Church of the Holy Sepulchre. Stone of Unction

View of the Stone of Unction in the interior of the Church of the Holy Sepulchre at Jerusalem in Israel: 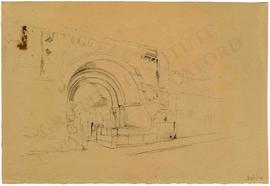 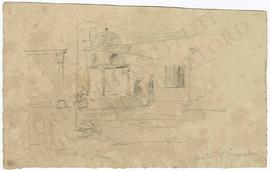 Israel. Jerusalem. Tomb within the walls 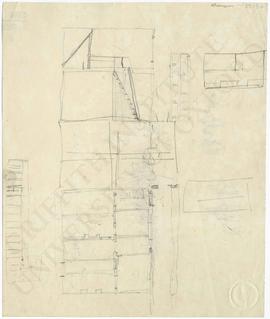 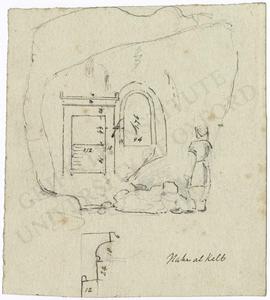 Texts in Arabic and part of column

Texts in Arabic and part of column:
-pencil sketch and texts on paper
-loose
-19 x 10.3 cm 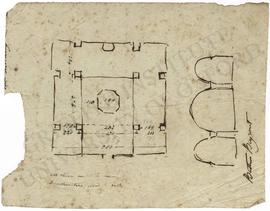 Plan with measurements and section of the medieval baths in the Bustan el-Khan at Baalbek in Lebanon:
-ink sketches on paper
-loose
-19.2 x 14.9 cm
-[on sketch] 'Baths Beyrout ' (ink note)
-[on sketch] 'all these ought to have / 3 centimetres added to each' (ink note) 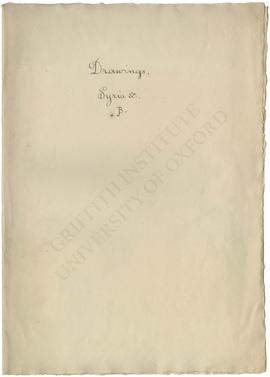 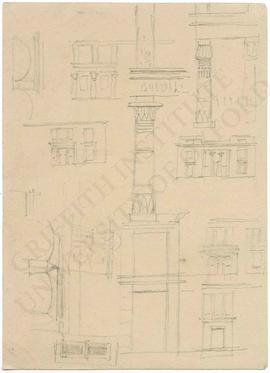 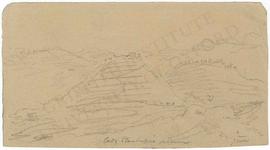 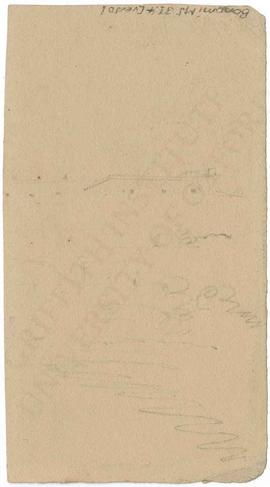 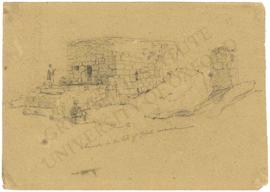 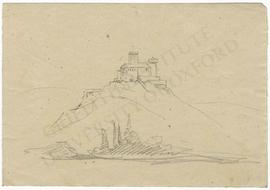 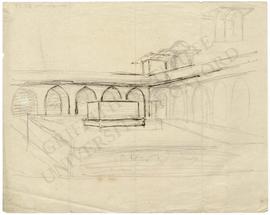 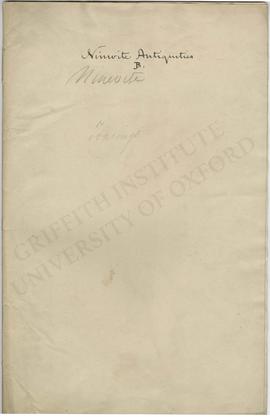 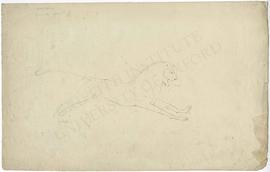 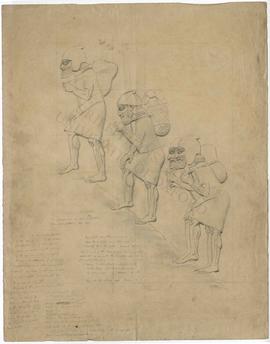 Relief depicting four male captives removing stones in baskets, c. 700-692 BC; sketch in grid from gypsum slab (panels 66-67) from Court VI (I) in the South-West Palace of Sennacherib at Nineveh in Iraq, now in London, British Museum, BM 124821 = 1851,0902.5:
-pencil sketch on paper
-loose
-44.5 x 56.7 cm
-[on sketch] 'The younger men are chained {two} together / Some have fetters on their legs' (pencil note)
-[on sketch] '"Thou didst show them no mercy / whom the ancient hast thou very / heavily laid thy yoke" Isaiah 47.6 / This is said of the Babylonians but is equally / applicable as we see to the Ninevites who were in / fact under the same rule / "Woe to him that buildeth a town / with blood (underlined) and stablisheth a city / by iniquity!" Habak 2 12 / Woe to the bloody city Nahum 3 1' (pencil note)
-[on sketch] 'This is a remarkable expression / of age and fatigue in the attitude / and countenance of their figures / which no doubt was the intention / of the assyrian artist to convey / It represents a number of jewish? / captives carrying stones up a steep / mound so steep as to require holes / or foot steps to enable the me / to go up to its top / It may be they are conveying stones / to make an inclined / plain over which to / drag a colossal bull / to the top of one of the / artificial mounds {or hills} on / which the palaces of / the kings of Nineveh / were built.' (pencil note)
-[on sketch] 'The word translated blood (underlined) / in the quotation from Habakak / is [...] in the plural / perhaps to signify (partially rubbed out) the {repeated} cruel / waste of life occasioned by / own fatigue / So in the quotation from / Nahum the word bloods is [...] / which might be rendered city of bloods / {that is} city built at the cost of so many lives / a succession of captives, of deportations of the inhabitants / from neighbouring countries' (pencil note) 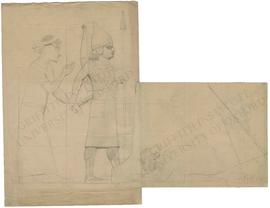 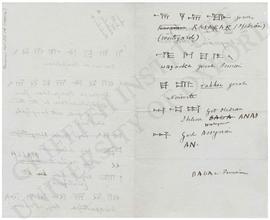 Names of kings, gods and places in cuneiform with their English equivalents 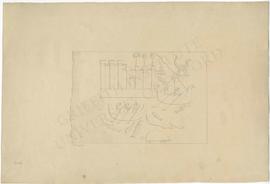 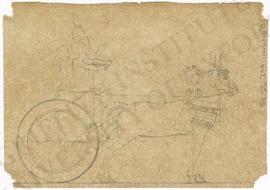 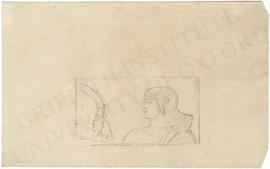 Relief depicting an eunuch attendant (head and shoulders) with fly-flapper facing left, c. 865-860 BC; sketch from gypsum slab fragment from Room G in the North-West Palace at Nimrud (Kahlu) in Iraq, currently in an unknown location:
-pencil sketch on paper
-loose
-23.3 x 14.5 cm 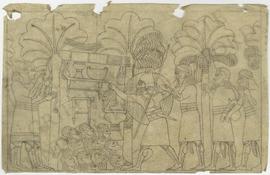 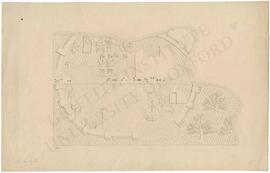